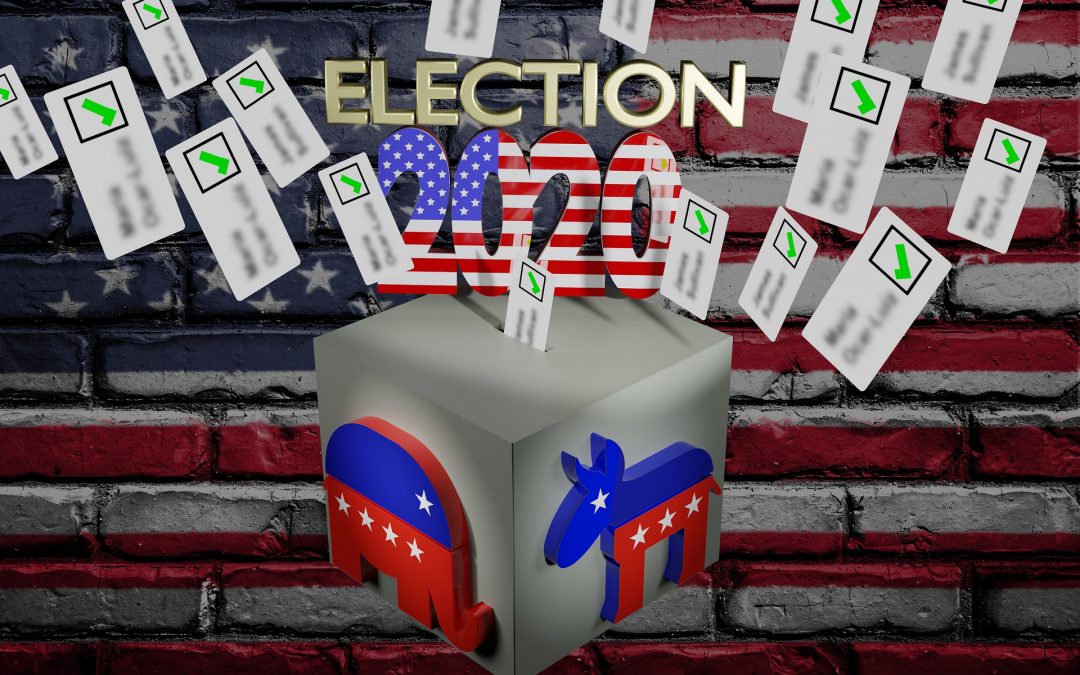 A Storied Newspaper Takes a Stand Against The Big Lie

A Storied Newspaper Takes a Stand Against The Big Lie: This past week the latest attempt to perpetuate “The Big Lie”, a/k/a Trump’s completely baseless and thoroughly debunked theory that he really won the election, came to an embarrassing end. Not only was the Arizona so-called “audit” of the Maricopa County 2020 election vote count an inept circus run by unqualified amateurs (The literal name of the firm in charge was Cyber Ninjas), by it own admission President Biden won the county by even a few hundred more votes than the official certified tally. That, of course, is not stopping the Trump sycophant legislators in Pennsylvania, Texas and Wisconsin from trying to move forward with wasting taxpayer’s money to conduct useless “fraudits” in their states to perpetuate “The Big Lie” and undermine the foundation of our democracy, the integrity of our elections and the peaceful transfer of power (See 1/6/21) and acceptance of certified election results. Evidence be damned in the view of these opponents of free and fair elections. One great American newspaper has taken a stand against giving credence to these opponents of Democracy. The Philadelphia Inquirer will not dignify the upcoming frivolous Pennsylvania “audit”  with the name “audit” because words matter. A must-read piece about this act of honesty and journalistic courage by The Philadelphia Inquirer is in The Washington Post:
“Words matter. So these journalists refuse to call GOP election meddling an ‘audit.’” written by Margaret Sullivan was originally published by The Washington Post [Source: https://www.washingtonpost.com]:  There’s a simple but powerful idea behind the Philadelphia Inquirer’s recent decision not to use the word “audit” when referring to an effort by the state GOP to investigate the 2020 election:

The words that a news organization chooses to tell a story make a difference. If a journalist calls something a “lie,” that’s a deliberate choice. So is “racially tinged.” Or “pro-life.” Or “torture.”
Such decisions carry weight. They have power.

Acknowledging this power and being transparent about those choices is exactly what the Inquirer did the other day when it embedded within a news story a bit of explanatory text, under the headline: “Why We’re Not Calling It an Audit.”

In clear language, the paper explained that it’s because “there’s no indication” that this effort, which follows months of demands from Donald Trump alleging baselessly that the election was rigged, “would follow the best practices or the common understanding of an audit among nonpartisan experts.”

How so? The Inquirer noted that when it asked how the review would work, how ballots and election equipment would be secured, who would be involved, and so on, the leaders of this effort did not explain.

The Inquirer stated some reporting-based facts linked to the paper’s previous stories about them: That Joe Biden won the state by more than 80,000 votes, that state and county audits affirmed that outcome, and that there is no evidence of any significant fraud.

“We think it is critical to speak plain truths about efforts to make it harder to vote and about efforts to sow doubts about the electoral process,” Dan Hirschhorn, senior politics editor at the Inquirer, told me. “These are not ‘he said/she said’ stories — there is clear, objective truth here.”

More plain truths from the Inquirer: In the story carrying this explainer box, the paper uses the term “forensic investigation” — which is what the GOP wants to call it — in quotation marks. A sub-headline makes it clear that this effort is “modeled off the months-long partisan review in Arizona,” widely regarded as irrevocably flawed and unnecessary to begin with, initiated by Republican lawmakers carrying water for Trump and placed in the hands of dubious private firms. (“Fraudit” may be a more accurate term.)

Hirschhorn said there wasn’t a lot of internal discussion at the Inquirer about the decision, in part because it all flowed from the work of the paper’s excellent voting-rights beat reporter, Jonathan Lai, which provided the factual basis for the statements.

But it also flows from a clear philosophy at the paper.

“We are pro-democracy,” he said. “We believe voting rights are fundamental and it should be easier, not harder, for people who are legally allowed to vote to do so,” within a safe and secure voting system.

He was careful to say that the language is “narrowly tailored” for these recent developments: “We’re not making general statements about the Pennsylvania Republican Party.”

The decision reminds me, in some ways, of the admirable moves by another Pennsylvania news organization, the public radio station WITF in Harrisburg. As I wrote this spring, the station took some unusual steps to remind listeners and readers of how state Republicans had tried to undermine the 2020 election results.

In late January, the station posted an explanatory story stating that they would be regularly reminding their audience, in day-to-day coverage, that some state legislators signed a letter urging Congress to vote against certifying the Pennsylvania election results, and that some members of Congress had voted against certifying the state’s election results for President Biden, despite no evidence to support their election-fraud claims.

These elected officials, WITF reminded its audience, either knowingly spread disinformation or flat-out lied in an effort to keep Trump in office. “This was an unprecedented assault on the fabric of American democracy,” the statement said.
When I learned over the weekend about what the Inquirer was doing, I couldn’t help but think about the deeply flawed media coverage that followed the Sept. 11, 2001, terrorist attacks.

The way mainstream journalists, under pressure to appear patriotic in the aftermath of the attacks, too often adopted the language of politicians and failed to muster enough skepticism in the reporting that led up to the American invasion of Iraq.

In subsequent years, the press used euphemisms like “enhanced interrogation techniques” when they should have said “torture.” Or they called suspected terrorists at Guantánamo Bay “detainees,” as if they were being sent to the principal’s office rather than serving what amounted to a prison term of many years.

Who gets to decide what language is used? Should it be advocates, like activists who oppose abortion and insist that they should be called “pro-life” even if they favor the death penalty? Should it be politicians like those in Arizona and Pennsylvania whose “forensic investigations” are motivated not by any democratic impulse but by a purely partisan agenda?

Or should news organizations employ clear thinking and plain language, intended to serve the public’s understanding and interests? That’s what the Inquirer has decided to do in this case.

There’s a word for that, too: Integrity.