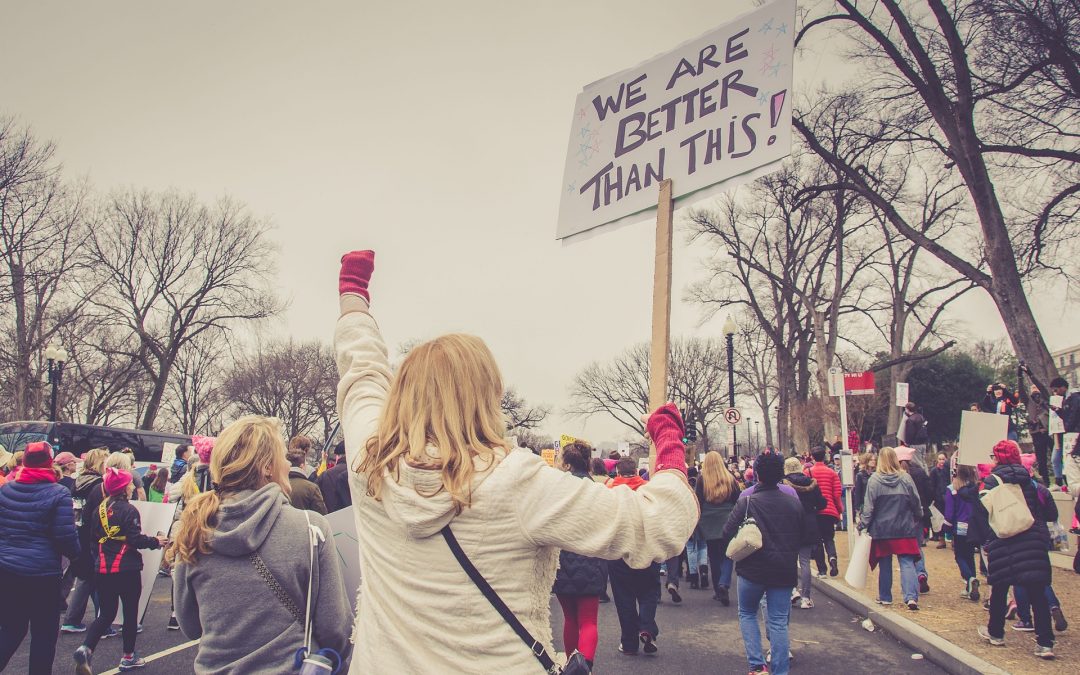 Texas, in its race to the bottom to restrict voting rights, has enacted voter suppression laws that are an assault on Texas residents’ fundamental right to vote. An excellent article on the new Texas law was in The Washington Post and was aptly titled, “New Texas voting bill deepens growing disparities in how Americans can cast their ballots.”

I highly recommend reading the piece by Elise Viebeck for an informed understanding of how our democracy is under relentless attack state by state, day by day:

“New Texas voting bill deepens growing disparities in how Americans can cast their ballots” was originally published in The Washington Post [Source: TheWashingtonPost.com].

Red and blue states are increasingly moving in opposite directions on how millions of Americans can cast their ballots, exacerbating a growing divide as Republicans in states across the country — most recently Texas — impose new voting restrictions, while Democrats in others expand access.

The conflicting trends are widening the disparities in election policy in the wake of the 2020 election, with Republicans heeding former president Donald Trump’s calls to tighten rules and Democrats moving to make permanent many voting policies that helped turnout soar during the pandemic.

At least 18 states this year enacted 30 laws restricting access to voting, according to an analysis as of mid-July by the nonpartisan Brennan Center for Justice.

That includes 11 states — nine of which supported Trump in 2020 — that only imposed restrictions and seven other states that both restricted and expanded voting access. An additional 18 states — nearly all of which backed President Biden — enacted laws that solely expanded access, the analysis shows.

Roughly 55 million voters live in states that tightened election rules, while about 70 million live in states that made voting easier, according to a similar analysis last week by the nonpartisan Voting Rights Lab, which tracks developments in state election law. The report assumes that Gov. Greg Abbott (R) will sign Texas’s contentious voting bill into law, which he has promised to do.

“We’re seeing two different democracies developing in terms of access to the ballot,” said Liz Avore, the group’s vice president for law and policy, calling it a “fault line developing across the country.”

As of Sept. 1, 45 states had passed more than 220 election bills into law this year, according to data provided by the Voting Rights Lab — a cascade of new policies that is reshaping Americans’ options for casting ballots.
The next fight is brewing in Ohio, where Republican lawmakers have introduced two competing bills to change election practices in the state, which Trump won by eight points amid record-breaking turnout of 74 percent.
“We’ve had a very functional system of election administration,” said Common Cause Ohio Executive Director Catherine Turcer, adding, “It is genuinely surprising that after a successful election where more Ohio voters participated than ever before, that any legislator would think about making it harder to vote.”

Many changes around the country are being promoted by GOP lawmakers who cite Trump’s baseless claims that widespread voter fraud tainted the 2020 vote — or argue that lowering the risk of fraud is critical for restoring voters’ confidence in elections.

In many states, GOP officeholders have also rejected policies adopted last year to make voting safer during the coronavirus pandemic, claiming that the changes were illegitimate and could have allowed for illegal voting. There was no evidence of widespread fraud in the 2020 general election, which saw the highest voter turnout in more than a century.

The battle over new rules was hard-fought in Texas, where the legislature approved an omnibus voting restrictions bill on Aug. 31. Stalled for months by two Democratic walkouts, the measure adds new criminal penalties for people who break election rules, gives partisan poll watchers more freedom, and bans drive-through and 24-hour voting, both of which were popular in heavily Democratic Harris County in November.

Those measures helped Texas reach 66 percent voter turnout in 2020 — the highest in nearly 30 years. State election officials told the legislature that there were no significant incidents of voter fraud.
But Republican sponsors of the new bill insisted that the risk is real.

“Anyone who tells you there’s no voter fraud in Texas is telling you a very big lie. We know it happens,” said state Sen. Bryan Hughes (R), the bill’s author, making his final argument before the vote. “The right to vote is too precious — it costs too much for us to leave it unprotected and unsecured.”

A total of 41 state laws enacted this year decreased voter access, while 102 increased access, according to the Voting Rights Lab. Twenty-six were neutral, and 53 were mixed or unclear in their effects.
More than 2,600 election-related bills were introduced overall. [Here’s where GOP lawmakers have passed new voting restrictions around the country]

Among the changes:
● Arizona now requires voters who do not cast a ballot at least once every two years to respond to a government notice to remain on the state’s popular Permanent Early Voting List, which determines who receives mail ballots. Another new law strips power from Democratic Secretary of State Katie Hobbs and provides money for post-election recounts.
● Florida now requires voters to renew mail-voting applications every two years and submit a form of identification as part of the process. The new law also gives partisan election observers more access to the ballot-counting process and dramatically curtails the use of drop boxes.
● Georgia now prohibits the unsolicited mailing of absentee-ballot applications and requires voters to submit identification for their request to be approved. The new law also strips certain powers from the secretary of state, adds restrictions on the use of ballot drop boxes, and prohibits providing food or drink to people waiting in line to vote.

● Iowa shortened the application period for mail ballots and barred election officials from proactively sending application forms to voters. It also shortened the early-voting period and voting hours on Election Day.
Jason Snead, executive director of the conservative group Honest Elections Project, said that 2021 has been a “good year for election integrity reform” — one of the right’s preferred terms for tighter voting rules. He argued that the Republican push was not just a reaction to 2020.

“What is actually getting done in a number of respects is advancing policy positions that I’ve been talking about since before Trump was a candidate for office,” said Snead, a former Heritage Foundation official whose group has filed court briefs in favor of Republican voting laws. “I’m very pleased with the way things have shaken out.”

Eliza Sweren-Becker, voting rights and elections counsel at the Brennan Center for Justice, said the number of voting restrictions enacted this year far exceeds that in 2011, the last year Republicans made a similar concerted effort to pass new election rules around the country.

“This is, certainly in recent memory, the most aggressive effort nationwide by states to make it harder to vote,” Sweren-Becker said.

One of the proposed measures to tighten the rules in Ohio is supported by Secretary of State Frank LaRose, a Republican who called November’s vote “the most successful election we’ve ever had.”

Republicans who support the second bill said the measure backed by LaRose is not strict enough. At least one, state Rep. Scott Wiggam, has suggested that Ohio should consider a “forensic audit” of last year’s results.

“The fact of the matter is I think that he and the rest of Ohio could agree that we should ought to be always looking at the integrity of our election, and we shouldn’t be afraid of doing that,” Wiggam said, according to the Statehouse News Bureau. [In latest bow to Trump, GOP lawmakers in Pennsylvania plan to launch hearings on 2020 vote]

Both parties are also tracking the action in other states. In Michigan, conservative activists want to impose a strict photo ID requirement using the state’s citizen initiative process. A similar effort is underway in Arizona for early and mail ballots. And lawmakers in Pennsylvania are expected to consider another omnibus elections bill after Gov. Tom Wolf (D) vetoed new restrictions pushed by Republicans.

Some states could also see changes pass in this fall’s elections; New York, for example, will have same-day registration and no-excuse absentee voting on the ballot.

Voting rights advocates say they are encouraged to see states — red and blue — expand early in-person voting, offer voters “cure” processes to fix errors on mail ballots and widen voting eligibility for people with past felony convictions.
But in many Republican-controlled states, mail voting has been curtailed, despite being widely embraced by voters during the pandemic. Thirteen states decreased access to mail ballots this year, while 27 expanded or improved access, according to the Voting Rights Lab.

An additional nine states weakened the authority of state and local election officials. Five limited state or local officials’ power to modify election rules in an emergency. And five enacted laws threatening administrators with felony-level crimes or other penalties for breaking rules.

“Rather than protecting them, which is what we should be doing, these bills threaten them with really serious criminal penalties and are likely to result in increasing the exodus of election administrators that we’re seeing across the country,” Avore said.

Politically motivated investigations of election results could be another rising trend, she said, noting that the Texas Senate recently passed a bill allowing party officials to request reviews of election results. Proponents argue that omnibus bills passed in states including Florida, Georgia and Texas will bolster voters’ confidence in elections, even as opponents say they will make it harder for voters of color to cast ballots. Texas House Democrats tangled with Speaker Dade Phelan (R) during a recent floor debate over S.B.1, balking at his request that they refrain from using the terms “racism” and “racist” in reference to the bill. At one point in the Senate debate, Democrats highlighted the fact that Hughes had not studied the bill’s potential impact on minority voters.

“I just don’t really think these [provisions] are going to have the suppressive effect that opponents think that they will,” Snead said, pointing to Democrats’ criticism of part of the bill that would require Texans to provide one of a range of forms of identification to apply for mail ballots or attest to the fact they did not have one. “If you set aside the politics of the moment, the average American wants to trust the election process,” he said.

Turcer, of Common Cause Ohio, said voters’ confidence would grow if they understood the election rules already in place. “The distrust of election officials and election administration has run really deep, and we need to do a good job of educating people about how elections work and what kind of security measures we have,” she said. “We shouldn’t assume that wrong things are being done. We should all go into it asking good questions but waiting to understand how it actually works.”

Eva Ruth Moravec in Austin contributed to this report.